I had the privilege of serve alongside a cluster of world changers today. As many of you know, southern Alberta (the region where I live) experienced significant flooding during the third week of June. Many residents suffered damage to their homes, lots of infrastructure was destroyed, and even our beloved green spaces experienced change during this natural disaster.

My band of change agents & I headed to one of our local green spaces to help in the cleaning efforts with the goal of helping restore a communal oasis for public use. We got started in our efforts much later than we had hoped, but by the end of our experience each one of us left with a different souvenir of sorts (other than filth laden clothing).

It was humbling to see the damage caused by flooding first hand: 30 foot trees uprooted, erosion of the river bank, damaged fencing, debris and other sorts of clutter. But within the layers of chaos, there were still signs of great hope. Hope that this emerging generation recognizes that they have a role to play in the over-arching and unfolding story of humanity. Hope that all things can be restored, improved and re-purposed even though they have been wounded or damaged by a flood. And hope that there is always an opportunity in every obstacle.

I met a local city worker named James who was passionate about flood ecology. Near the end of our day, James offered us a story that has captivated my imagination. James explained that the poplar trees are a flood species. When the water table is saturated, poplar trees release their seedlings (similar to how pine trees release their pine cones during a fire), allowing the species to continue to grow, thrive and mature over time. James asked us what we had seen during our cleaning efforts. We pointed to uprooted trees, dirt, silt and other debris as a result of the flood. Bending down to a patch of greenery I had walked past half a dozen times throughout the day, James asked us to look closer. As we looked down and more closely at the ground, James pointed out thousands of tree saplings that had begun to germinate. These saplings were unnoticed by those of us who were focused on cleaning and helping our city recovery little by little, and yet these same saplings serve as a reminder that great good can come out of great disaster in time.

The story of Joseph (read more here), a biblical character, has a similar ending. Joseph endured much pain in his life (slavery, abuse, betrayal, etc.), and yet still had the courage to view his circumstances through the lens of an opportunity instead of an obstacle.

Life isn't a series of disconnected chaotic random events. Life is an intricately stitched, elaborate and unfolding story that has a rhythm and design. It's our choice to discover the silver lining during perceived times of chaos. So how are you discovering opportunity in the obstacle that you might be facing?
at July 16, 2013 2 comments:

The Funny Serious Side of Life

Remember being a kid? Summers seemed to stretch on forever. Life seemed brighter at times, and the endless quest for fun was at the forefront of each day's agenda.

Then somewhere along the line we all decided (in one way or another), that it was time to grow up and fun became less of an emphasis as we pursued the more serious side of life.

Maybe you're like me and the faces of people come to mind when you think of people who are way too serious about life, and others who seem to take life for granted. Is there a balanced approach between these two opposing outlooks on life? I think so. And here's what I'm learning about it.

1. Fun & Serious are actually cousins. Being fun and being serious are actually interrelated (meaning that they belong to the same family). I'm not certain that either emphasis is worthwhile unless it is coupled with its' cousin. Laughter and fun create the necessary bridges to become more serious about life, and the serious side of life helps us to appreciate and recognize the value of what fun brings to the family. Sharing in times of both fun and seriousness help us to see the richness that all of life has to offer. We should grow to appreciate both of these fabulous outlooks to life.

2. Laughter leads to longevity. Two summers ago I had the privilege of leading a team of teenagers students on mission to Vancouver. While there, I led a sub-grouping of this team to work in a old folks home. This elderly residence proudly held the record for the most centenarians for the province (meaning people over the age of 100). When asking the staff what they had witnessed to being the key to this kind of longevity each of them referenced the vibrant sense of humor that each of this over 100 year old persons possessed. When we laugh, we saturate our soul with joy. Finding amusement in the mundane routine life offers at times provides us with the perspective we need to weather the tide that each season of life brings. Laughter creates connection, while reminding us that there is more to life than perfection.

3. Each of us has a natural tendency towards one of these viewpoints. Some of us find it easy to have fun with life, while others of us prefer to be more serious in our approach to life. In order to understand the value of both of these elements of life, we need to know where our natural tendencies lie, not so we can bury them, but so we can learn what sort of community we need around us in order to help us embrace a full view of what life is truly all about. If you are more of a serious soul, learn from those who seem to be at ease with having fun. If you have a difficult time taking life seriously, rub shoulders with someone who seems to live in wisdom with how they approach life.

Humor and wisdom may be distant cousins, but they are still related. Being fun and being serious are skills that all great leaders learn to develop. How are you being shaped by fun or wisdom?
at July 08, 2013 No comments: 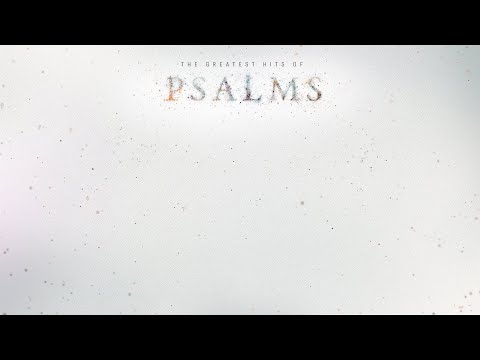