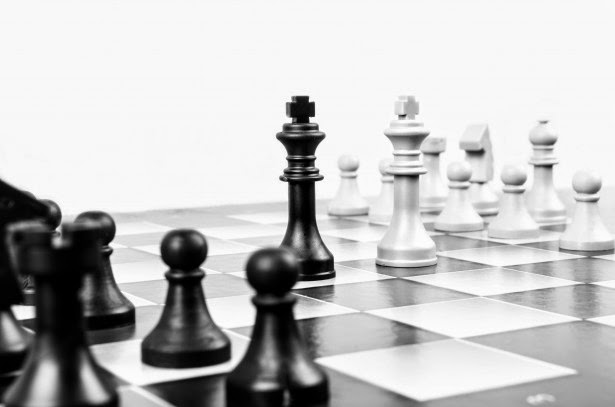 Jesus and the Pharisees...sounds like an indie-rock band, doesn't it?

I was having lunch with a ministry friend of mine and listening to him share about what God was saying to him regarding the future direction of his role and his church; he began to describe the hope that he had for this new and bright future, but also the nervousness that he felt for potential opposition to this future that he believes he is needing to create. This is a description of a leadership tension that is familiar to anyone who has had to lead people in a direction that wasn't a natural expression of where they wanted to go.

Jesus too faced this sort of tension...from the guys who could have backed up him, but instead were intent on killing him. These guys, referred to as Pharisees & other names, suffered from a human condition known as the Pharisaical Syndrome. This syndrome describes people who can be hypocritical, self-righteous & judgemental. While we all are capable of this type of behaviour, opponents to any form of leadership often exemplify these unbecoming characteristics. And the truth about leadership is that we will always have opponents to what we do or to who we are. Leaders learn to navigate through these tensions, trusting that the God they serve is larger than the perceived opposition they may face.

So how do you know when you are facing an opponent in the form of a Pharisee, or if the opposition you face is actually an invitation to refine your vision for the present or the future?

Here are four signs that you may be dealing with an opponent who suffers from the Pharisaical Syndrome.

1. Murder
Instead of supporting Jesus, the Pharisees engineered his death. Sometimes the opponents we face want to kill something inside of us as leaders. Maybe it's hope, maybe it's confidence, maybe it's something else. The goal of a Pharisee is to get rid of a potential problem or threat. The frustrating part of this reality is that sometimes Pharisees believe their intentions are God-honouring and helpful to the broader community. But the goal of this activity is ultimately to harm, and not to help...that's how you know the difference between someone who has succumb to the Pharisaical syndrome and someone who is speaking truth in love.

2. Pride
Pharisees didn't like Jesus because he threatened their spiritual control of the community. Opponents sometimes lash out because they too feel threatened in some way. Maybe covered up lies will be exposed or a long celebrate program initiative will be dismantled. If your opponent is attempting to protect themselves or something they've created in some way, you may be facing someone who's pride has been hurt.

4. Complexity
Taking something simple and making it more complex - the reality of the erosion of the Covenant first made by God and humankind by those who struggled with the Pharisaical Syndrome. Moses was given 10 commandments to give to the people of Israel...commandments that pointed to God's desire to be loved and to see his created beings love each other. When Jesus walked the earth, these 10 simple commands had evolved into a complex oppressive reality for the people of Israel. Opponents to your leadership may seek to create complexity or demand you conform to pre-existing complexity in some way. It's important to remember Jesus words "unless you change to become like little children" (Matt. 18:3) when we face the opposition of complexity. Simplicity is the currency of hope that the Kingdom of Heaven trades in. If something is more complex than it needs to be it's time to be reminded that living is simple.


Every leader faces opposition. See it. Process it. Respond appropriately. Sometimes our opponents are just like Pharisees.
at September 11, 2014

Email ThisBlogThis!Share to TwitterShare to FacebookShare to Pinterest
Labels: leadership

How can we navigate through the uncertainty of conflict in relationships? Where do we start?